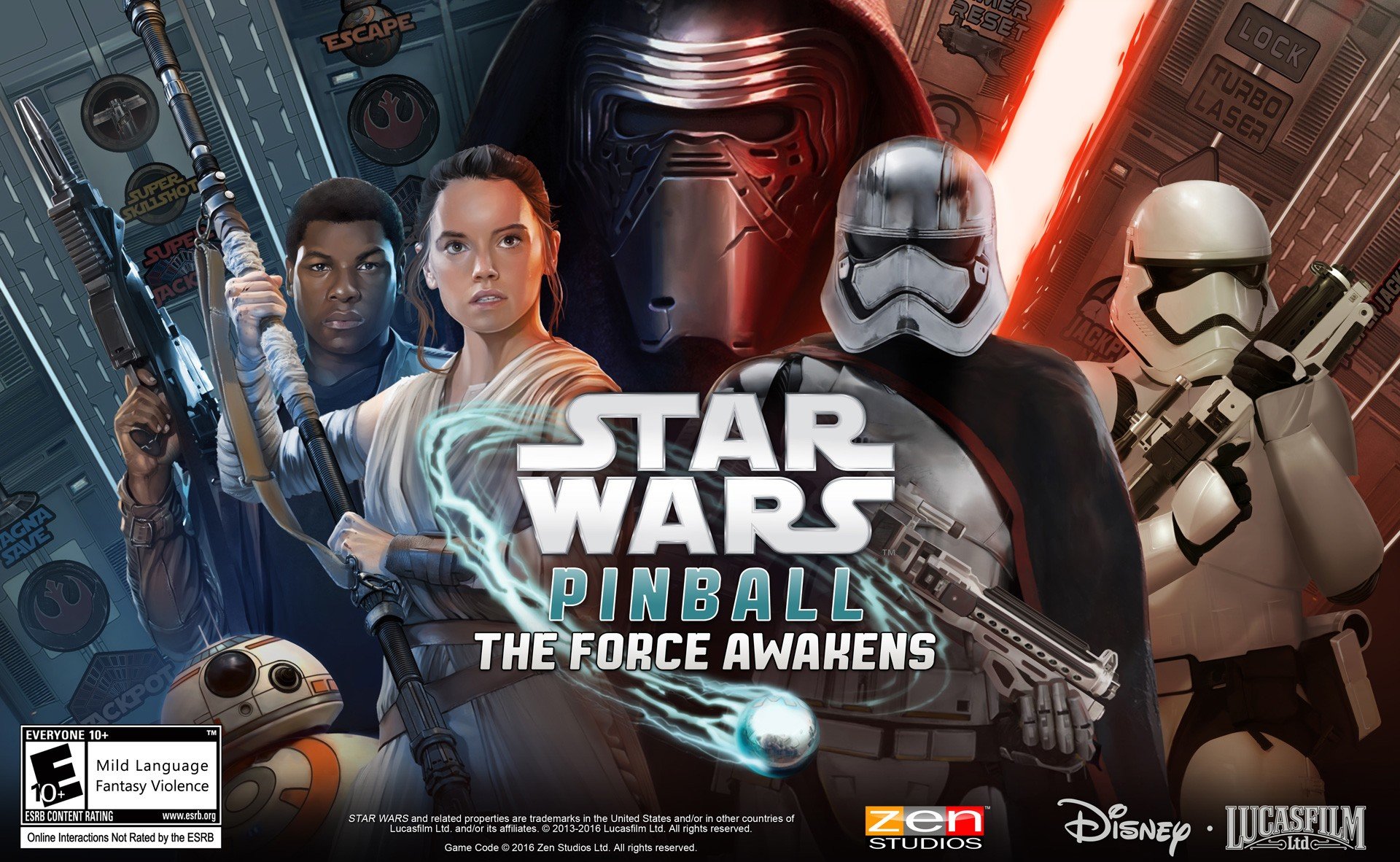 The development team at Zen Studios is announcing that it is working on two new tables based on the recently launched Star Wars: The Force Awakens movie, which are designed to arrive on the Zen Pinball 2 platform on January 12 of this year, on the PC, the PlayStation 4, the Xbox One and mobile devices.

All the new content is created using art, models and sounds that were also used to create the blockbuster, meaning that players will be able to immerse themselves in the experience and re-create some of the adventures of their favorite heroes.

The first table is called simply Star Wars Pinball: The Force Awakens and is designed to follow all the events from the movie, with gamers becoming heroes of the Resistance and fighting alongside the likes of Rey, Finn, and Poe Dameron.

Zen Studios states, "It features all-new table-transforming environment mechanics that allow you to visit locations from the film and twelve action-packed story modes taking you through its most thrilling moments. Star Wars Pinball: The Force Awakens Table is an intergalactic adventure that no Star Wars Pinball fan will want to miss!"

The second table is called Star Wars Pinball: Might of the First Order and allow fans to take control of the evil organization from The Force Awakens, trying to expand its dark power and control as many planets in the galaxy as possible.

A new two-level playing field is being used which will allow gamers to deploy ball lock to guide Kylo Ren as he tries to crush the Resistance, with the help of a powerful Star Destroyer.

Zen Pinball 2 also features tables based on the original trilogy of movies, with some cool and unique mechanics and a very different cast of characters.

Zen Pinball 2 is a rather niche title, but it has done a great job at delivering tables based on major pop culture phenomena, including the recent Marvel movies and major video games like FIFA.

Star Wars Battlefront, which was launched before The Force Awakens debuted and is only connected with it by the Battle of Jakku DLC, performed well for Electronic Arts but was criticized by many gamers for its relatively shallow mechanics.

More downloadable content for it will be launched all through 2016, adding more maps, a range of new heroes and villains as well as more Star Cards and equipment.

At the moment, the only two companies working on major Star Wars video games, Electronic Arts and Disney itself, and neither of them is willing to reveal exact plans for the future.

A team led by Amy Hennig is working on an adventure title based on the movie series, which might incorporate some elements of the canceled 1313, and another experience is created by BioWare, although it is not connected to the Knights of the Old Republic series.

Electronic Arts has also suggested that more Battlefront titles, which will have elements from The Force Awakens, are coming in the next few years.

TAGS: movie news movies movie opinion
You may also be interested in:
Today news
1
Investors wants Taylor Swift as projects boss not a cast, not an extras or supports girls - Taylor Swift USCOURTS tracking will not welcomes any romance and disgraceful publication as promotion of anyone.
2
Roland Jackson RJTS director confirms RJTS new market of new brands cars at the markets- assembles.
3
DC 2020 date of release is october RJTS picture
4
RJTS picture will release the movie title ``DC 2020´´ on the 15 of september. budget 200 millions dollar. Roland Jackson will finish shooting at the end of August
5
RJTS picture confirms the release of YOU 2 in few days from now to publish the release date
Facebook
Lo más